Why Is Python a Preferred Language for Startups? 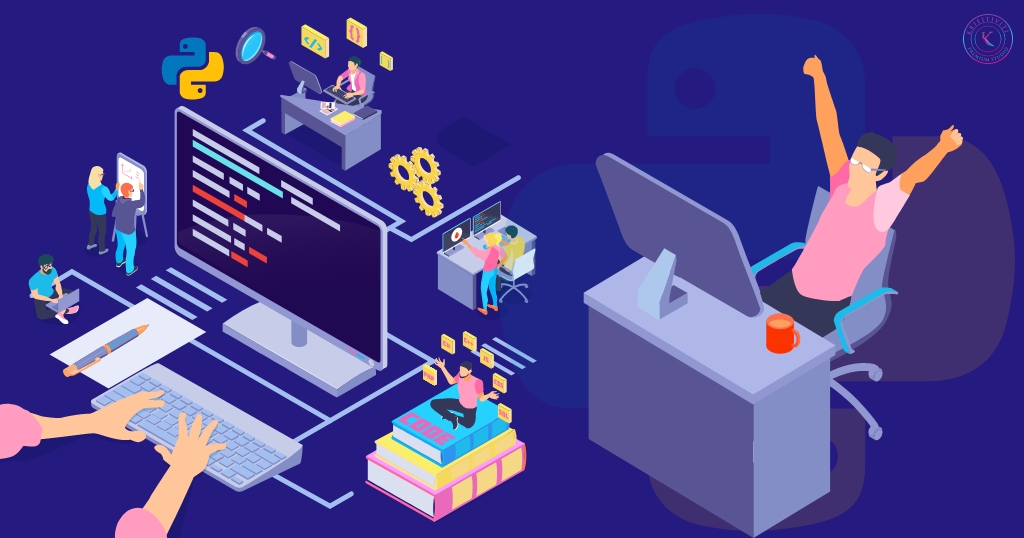 Every startup can be a potential disaster waiting to happen. So, the owners try to be entirely sure about the technology and tools they are using. Programming language forms the base of every startup. From designing websites to building an app, a programming language can help a startup at every stage. Although the correct estimate is not known, a record 69% of app developers and data scientists use Python. Now, there must be some reason behind Python’s roaring success in the startup world.

Python web development is so popular that it has become indispensable for many companies. So, what does Python hold for startups?

Here’s why the startups and even some tech giants prefer Python as their coding language.

By user friendly here it means that it is both beneficial for the developer as well as the user of the app. You need to write significantly less code in Python, so you can quickly finish writing and testing your codes faster. On the user front, Python offers excellent features that the app users will love. In Python, you will find all the libraries in-built, so you don’t have to worry about adding libraries.

Python can help you build an MVP real quick. Most startups don’t have much time to experiment with codes. So, they choose the programming language that can give them fast results. Also, the longer they will take to develop an app, the more it will cost them. Keeping these things in mind, Startups always choose Python as their preferred programming language. The fact that Python is economical for both time and money adds to its appeal for startups.

The codes in Python are effortless to use. If a beginner sees the codes written in Java, he/she will be perplexed. Both Java and C++ are complex to learn. On the other hand, Python has simple codes. Also, you need to write a significantly less number of codes. Even companies like Google rewrite their codes in Python as it is elementary to write.
A small team suffices.

Most startups have a limited budget. So, having a large team of coders and developers will be challenging to maintain. As Python is a simple language, a small team will be enough to write all the codes. Thus, it will save resources and also limit the size of the group. Therefore, Startups prefer a Python development company over a high-maintenance like Java development services.

When you use Python for developing an app, you will take less time to finish it. Thus, you can make it public within a short time. The short duration of the development cycle makes it easier for startups to start earning quickly. That way, they can recover the cost of their project soon within a short time.

Python is highly scalable. So, making changes in the codes is always accessible. Further, simple codes make it easier to fix bugs and other issues. As a result, startups can efficiently address the grievances of users within a short time. It builds credibility and trust. Therefore, startups prefer writing their codes in Python.

Creating prototypes to test the app is the initial step that every startup takes. Python’s more shortcodes make it easier for startups to build prototypes and test it before launching the final app.
Also, the prototypes take less time to build in Python. Therefore, startups can test their apps quickly and make them available to users. Python Development services are more affordable than other programming languages.

When it comes to python web development then you need to hire a good company. One of India’s most trustworthy python web development companies is Perdiscoo. The reason is we treat our clients like family. At Perdiscoo everyone constantly works with complete dedication to ensure that your business boosts up in profits. Want to know more? You can call us right now at +91 87 4009 4000.