Planning To Build An Swift iOS App? Here’s What You Need To Know 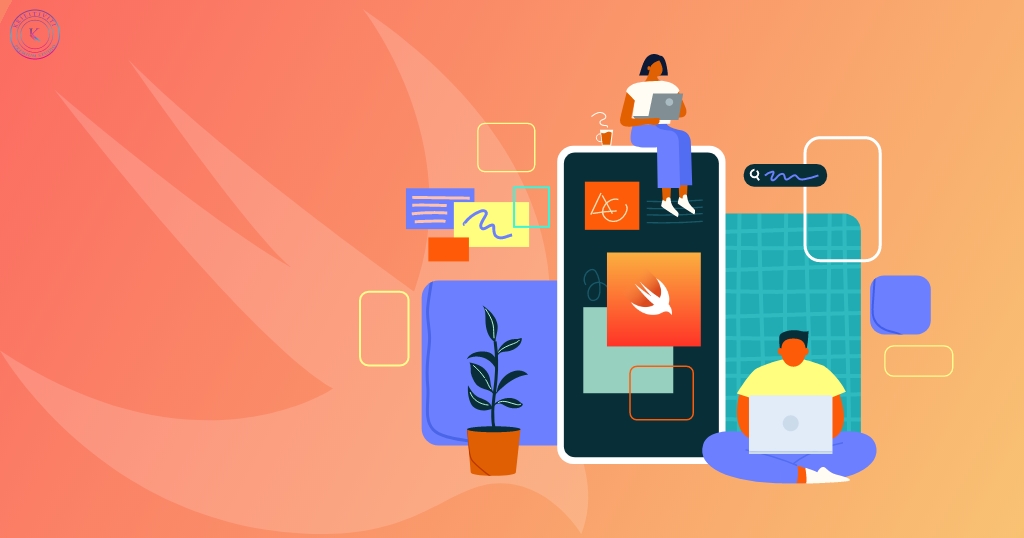 If you are starting with Swift iOS mobile app development, then there are few things you must know. Swift is the most popular language for developing apps for IOS. There are several reasons for that.

In this blog, we will read about all the major benefits of building an IOS app with the help of Swift.

So before we get started with major points, let us read a brief introduction to Swift.

It is a well-known fact that Swift is the language used for IOS app development. But the lesser-known fact is that it is derived from Objective C. Yes, you read it right. Swift is often described as Objective- C but without the C.

Do you know what the difference between Objective C and Swift is? Let us continue reading to find it out.

The main difference between both the languages is that Swift has benefits of both C and Objective C language. Also, Swift has more features as compared to objective C. Even Apple supports this fact.

Let’s find out these benefits that you should know before you build a Swift iOS app.

Though there are many benefits of choosing Swift over Objective C for IOS mobile app development, in this blog, we will be reading about the five most significant points.

What is the one thing all developers want in a Programming language? Yes, you guessed it right. It should be rapid and easy to write.

In IOS app development, Swift is the most rapid language. It is faster than Objective C.

It also runs faster than Python. For example, A complex object Sort will run about four times faster as compared to the same algorithm in Python language.

It also competes with C++, and results are overall good. Apple says that it is continuously working to make it even faster.

Swift is Easier to Read

All app developers wish one thing that programming languages should be easier to read. And well, in Swift’s case, it seems their wish is granted.

Swift has a better readability score as compared to other languages. It has a clear syntax. Whether you want to read or write the code, Swift is lucid.

The reason why Swift is easier to read is that it requires less code.

That means to run the same kind of program in Objective C and Swift, and Swift takes less number of lines.

Also, Do you know other facts of how swift becomes more readable?

It means swift is a blessing for IOS app Developers, and even beginners can understand it.

One of the best features of Swift is a playground. We all know how time-consuming it is to create an entire app.

Do you know How Apple solved this problem? They made Playgrounds. Thinking about what Playground is?

The playground is a feature that allows Swift to test a new algorithm without having to create an entire app. That means Swift has inline code execution. It allows Swift iOS developers to create a chunk of code and use it to get the feedback at the same time.

Perdiscoo is India’s best and most trustworthy IOS app development company. Contact Perdiscoo at +91 87 4009 4000 to get started with your dream of having an IOS app.

Coding is really fun, but if you are good at mathematics and have a lot of patience. Coding is a skill that requires a lot of time.

In this age of rapid changes in technology, it won’t be productive to start learning coding on your own from ABC. To develop and learn Swift, the best you can do is hire Swift iOS development company or Swift iOS developer.

Swift requires less code that means you will soon be able to pick up with the advance techniques in Swift iOS mobile app development.

One of the major things that make Swift having less code is a feature of classes. In classes of Swift, you don’t require it to divide into two parts. That means interface and implementation are merged into one.

Also, as we read above, it doesn’t require legacy conventions. Now that we have read Swift is easy to read, fast and requires less code. It is worth considering if Swift is safe?

To find out whether Swift is safe or not let us continue reading.

As opposed to general thinking, the features of less code and its readability makes it more secure. If developers write code with fast understanding, they will be able to focus more on security.

Besides, Swift has additional built-in libraries. Moreover, it’s syntax has fewer complications as compared to objective C. It results in developers having more time to develop security features.

So, without a doubt, we can say that Swift is also best in security terms. That is why IOS apps are more secure, and Apple is more secure as compared to Android.

Without wasting any time, you should grab your opportunity in Swift iOS mobile app development and Hire Perdiscoo.