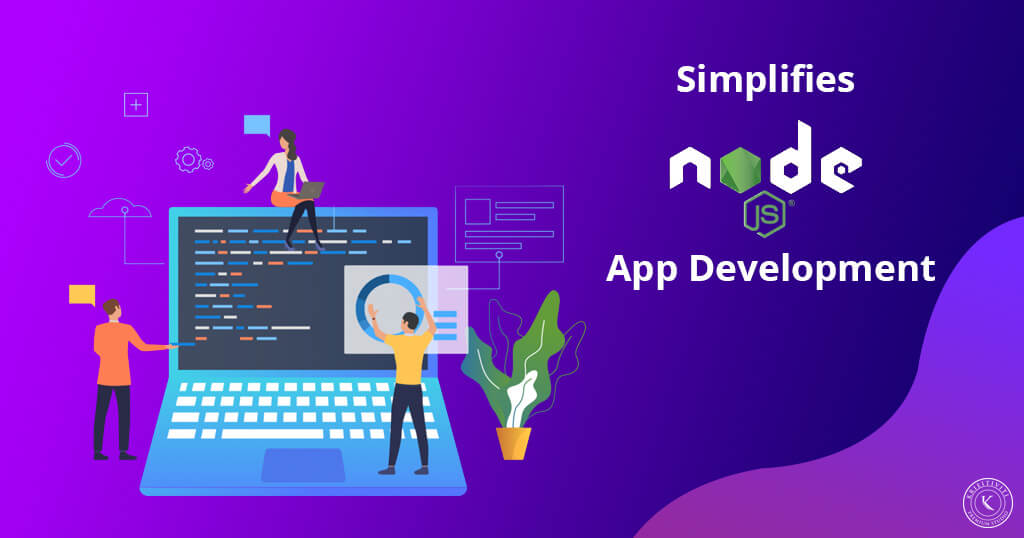 The business landscape is changing faster with the change of time and characteristics of consumer demands. Mobile applications are no exceptions.

Gone are the days when mobile apps were the simpler versions of web applications used to achieve some specific functionalities. These are complete platforms for businesses of any size. Therefore, the developers need a versatile and comprehensive language like JavaScript, specifically Node JS to create faster, robust, and efficient mobile apps. Moreover, JavaScript is the backbone of Node.js, and therefore front-end developers can execute their code server-side. To above all enables faster development and creates a path for scalable mobile apps.

Node JS follows a module management system extensively as a language that helps the developers scale and maintains the code easily. Dividing the complete code, or better say the complete framework into modules, helps to create a vibrant ecosystem of packages that are defined precisely with consistent and stable interfaces. Hence the Node JS packages are very easy to combine and easy to deliver using NPM. Packages are a readymade piece of code to achieve some specific functionalities. Node JS developers get many such packages they require in their mobile app development projects. They can easily compose, enhance, and integrate those packages into larger modules maintaining the consistency and predictability of the code.

The simple and scalable modular architecture of the Node.js ecosystem reduces the development effort prominently.

Talk about the faster ecosystem in developing modern mobile apps – Node JS has around 110000 free JavaScript modules that are ready to be integrated and used for Mobile/Web app development. You can use the same platform and ecosystem for developing a web application and a mobile application. One ecosystem for both the mobile application and web application for one project makes the development process faster and efficient.  After the release of the JXCore project, Node JS has the power to run on iOS as well as Android, leveraging the complete Node.js ecosystem through npm.

Node JS is an open-source framework as well as a cross-platform JavaScript runtime environment. Statistics say almost 49.9% of developers use Node.js as a framework as per data collected in early 2019. 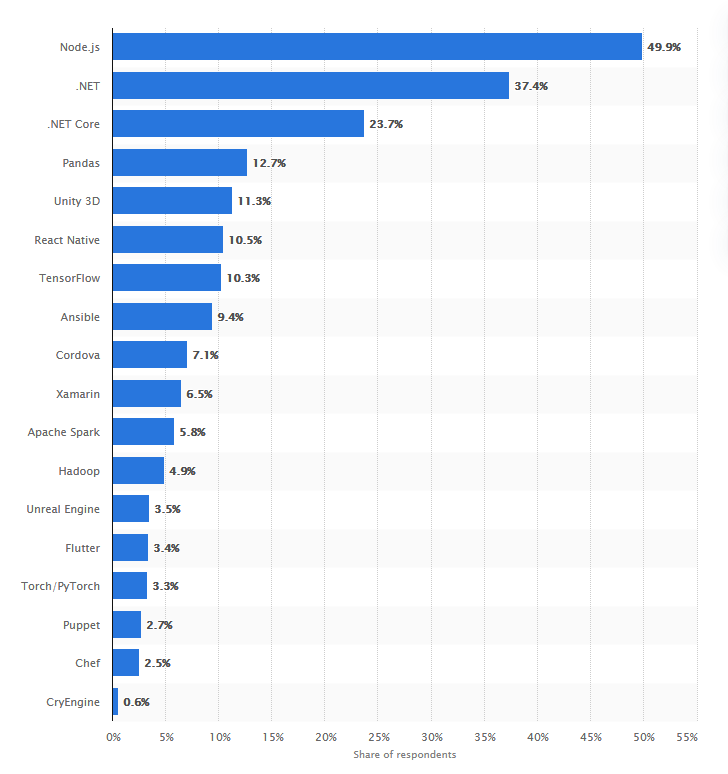 Therefore, Node.js has the largest, active, and fastest growing online open-source community of developers and technical contributors. Around 11 million developers use Node Package Manager or NPM all over the world. The source code for Node.JS is available in Github.com. 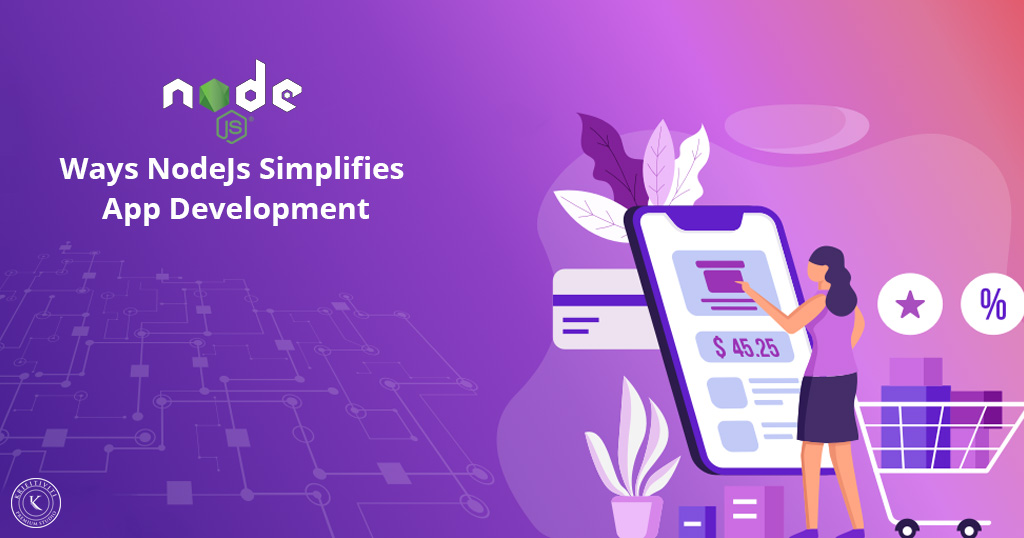 Node.js offers a modern and vast modular library for both mobile and web application development. Toolkit like Node.js for Mobile Apps helps the full-fledged Node.js into your mobile applications seamlessly.

Node.js for mobile apps include a core component which is a readily available library for both Android and iOS apps – which lets the developer add a Node.js background worker to technically any mobile app.

If a complex application has its business logic implemented in different languages and forces the use of various APIs for each of the mobile platforms, Node.js comes very handily in this scenario, Node.js encapsulates a great deal of complexity and lets the code run in cross-platform smoothly.

The ease of use, reduction of time for writing code, and cross-platform integration reduce the efforts of the development process as well as operational costs.

On top of it, Node.js is effective for cloud-based applications which are the emerging demand of the present small to large scale businesses. It reduces resource usage like for computation compared to other traditional programming languages like Java. It is possible to establish a one to one relationship and mapping between the server and the computing resources. Therefore, computational and maintenance costs also get significantly reduced. 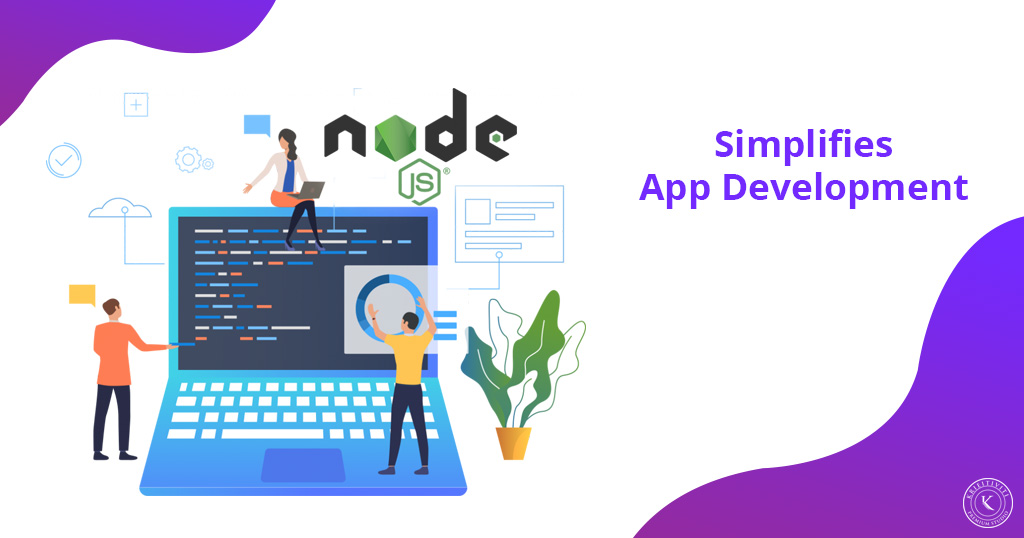 Each day the number of apps released in the Apple Store and Google Play Store is getting increased crazily. Reduction of Time to Market cost is significant in this ultra-competitive scenario to make your business ideas rule the market. Followers never get attention.

To lessen the production time between the app development cycle and quality control efforts and time should be reduced. Node.js has a modular design that allows the developers to use packages extensively. It shortens their initiative of creating repetitive functionalities again and helps them focus on implementing complex business logic.

Node.js platform probably used for both front-end and back-end development. It reduces the time to integrate and combine miscellaneous programming language complexities with working together. A developer who knows classic JavaScript can learn Node.js faster. It allows the training/recruitment time to be reduced.

All these factors shorten the time to market of a brilliant mobile app which can make a business grab a place in the market faster than anyone else.