Flutter Vs. React Native: Which One to Choose? 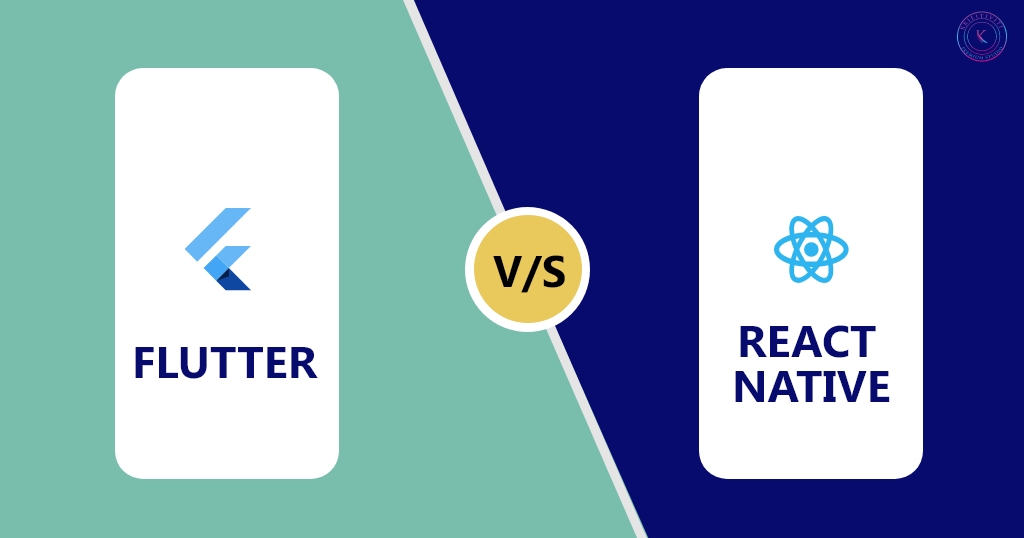 Flutter and React are the two best frameworks for cross-platform app development. Having an app on IOS and Android is a wish for many businesses.

To develop a cross-platform app, you need to use either Flutter or react. Both are good for app development, and one should carefully decide which one to choose.

Wondering Which One to Choose? Read the complete blog, to know the difference between both the frameworks.

But before diving into it, let us get introduced to both the frameworks.

Now that we have a basic introduction about both the platforms. We are ready to learn the differences between both. Without further ado, let us start.

It is interesting to know that both the developers fulfil the same purpose that is app development. But these both frameworks use two different languages.

React Native uses Javascript while Flutter uses Dart. These two languages are very much opposite to each other.

Dart is a new language and getting popularity faster. On the other hand, Javascript is an old language. It is already more popular than Flutter’s Dart.

Javascript has been used for a decade, and most developers prefer it over any other programming language. But Dart is no less. It relates to OOP Languages. (Java and C++). Developers who are experts in Java and C++ prefer Dart.

That’s the first difference. Now let us keep reading ahead.

The major difference between Flutter and React Native is of Technical Architecture. Both these frameworks have different frameworks due to the fact they are specific to app development as per the need of a developer.

On the other hand, Flutter doesn’t use any bridge. The communication is smooth as the bridge is absent. This feature gives flutter upper hand as compared to React Native. This feature also enables apps developed in Flutter to be more smooth and stable.

One of the most crucial parts of apps is the User Interface. UI (User Interface) is so important that it takes almost half of the time of app development.

In React Native, we can use third- party libraries. As we read above React Native has a bridge. Thanks to this bridge, it helps React Native to render the native components. But it has a disadvantage too. The disadvantage of React Native is that it is very hard to replicate complex User Interface on apps made in it.

In contrast, Flutter has no UI Widgets. You don’t need to use third-party libraries as there are already innumerable UI widgets. It allows apps made in Flutter to be more consistent. That’s why some developers consider flutter app development to be easy as compared to React Native app development.

Time to Market is fairly equal on both the frameworks. And it all depends on the Developer or React native app development company.

Oppositely, the Flutter has a good guide to deliver apps for both the App Store and Play Store. It also supports a command-line interface for faster delivery to Market.

Now let us look at the next important point that you should consider while choosing between Flutter and React Native.

Since React Native was launched earlier then Flutter, it has large community support. But even Flutter doesn’t stay back. It has gained large popularity over a short period. And ever since it is launched Flutter’s community support is rising exponentially.

Now let us read about the last point in our list. Remember it’s last but not least.

Perdiscoo is an app and web development company. Perdiscoo has a team of experts in both Android and IOS app development. Moreover, Perdiscoo’s Engineers can help you in your projects at an affordable price and with continuous support. You can contact Perdiscoo on https://www.perdiscoo.com/get-in-touch or Call at +91 87 4009 4000,+91 87 4009 4000.

Perdiscoo is available 24×7 so don’t hesitate to contact at any time. We hope to hear from you soon.